“Hat and Beard” is Eric Dolphy’s tribute-through-looking-glass piece for Thelonious Monk on the classic Blue Note recording, Out to Lunch! Like its namesake composition, this pair pays Monk’s perennially vanguard music fair respect by re-envisioning it in an unconventional way. Ken Aldcroft and Dave Clark have absorbed huge chunks of Monk’s songbook, and traipse both down well-trodden paths with familiar material like “Epistrophy” and through the thornier thicket of little-tackled gems like “Brilliant Corners”. Overtly, Ken tends to play the straight man in the face of Dave’s combination of chops and comedic flair that is reminiscent of none other than Han Bennink. At times though – like Bennink’s Monk-theorist foil, Misha Mengelberg – Ken can subvert the tune from within it, and playfully prod Dave to keep up with him. In this way, Hat and Beard is a fun and joyful romp through one of the great compositional legacies of the past century.

As a guitarist , Ken Aldcroft extends the jazz tradition that lies at the core of his music education. Through his commitment to a wide-open field of musical influence and to forging new collaborative ties, Ken has systematically sought new and challenging contexts in which to improvise. As a result, his playing reflects the breadth of his interests, from the extended bebop of a jazz repertory project like Hat & Beard, performing the music of Thelonious Monk, to the language of free improvisation that he explores in collective improvisational settings such as ongoing collaborations with NY bassist William Parker and saxophonist Andy Haas or one off performances with artists such as Wilbert DeJoode, Joe McPhee, John Oswald and Lori Freedman to name just a few. This variety comes into its fullest view with Ken?s two solo recordings; “Home: Solo Guitar Compositions” (2011) and “Vocabulary: Solo Guitar Improvisations” (2009), both are passionate musical reflections on his ongoing development as an improvising guitarist. 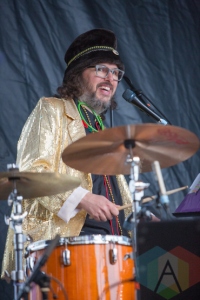 Evan Cartwright and Brodie West have been playing regularly together over the past few years. Cartwright has appeared as a guest in West’s ensemble Eucalyptus on several occasions. This evening’s concert will mark their first public appearance as a duo. They will premier 3 new compositions which they developed in collaboration over they past two years. 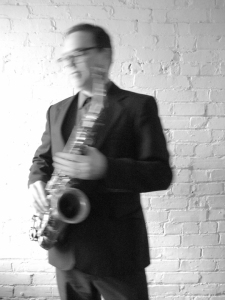 Brodie West is an alto saxophonist and composer currently living in Hamilton Ontario. West has been an active member on Toronto’s creative music scene for the past 20 years and has played with many of Toronto’s finest musicians. Notably he was a member of Drumheller, Deep Dark United, The Woodchoppers Collective and Zebradonk. He has toured and recorded with international musicians Getatchew Mekuria, Han Bennink, The Ex, Ken Vandermark and Mohammed Jimmy Mohammed. He plays with The Lina Allemano 4 and The Ryan Driver Sextet. West leads his own ensemble Eucalyptus (since 2009) and performs solo. He is currently working in collaboration with Andrew Zukerman in a duo setting and Evan Cartwright also as a duo. West has toured extensively throughout the USA, Europe and Canada. He has also made several trips to Ethiopia. He has appeared at several international music festivals and has made guest appearances on many recordings including Jennifer Castle Pink City, Nifty Pity Slash Love, Tenderness The Axe is Ready, The Ryan Driver Quintet Plays the Music of Steven Parkinson and Broken Social Scene You Forgot it in People.

Drummer Evan Cartwright is a fixture of the Toronto music scene. He is a frequent collaborator with such local acts as Snowblink (Arts and Crafts), Alex Lukashevsky (idee fixe), Eucalyptus (Healing Power), and Luka. Internationally, Evan has performed his original songs on stages ranging from the Bataclan in Paris to the Commodore Ballroom in Vancouver, and has toured extensively with Tasseomancy and Omhouse. A graduate of the University of Toronto’s Jazz program, Evan is a technically accomplished drummer with an innate ability to express ideas through music. As an educator Evan has worked closely with renowned music instructor Doug Friesen exploring alternative teaching methods to bring a greater sense of equality and respect into the classroom.  As a composer, Cartwright’s accomplishments include writing music for the Ingrid Veninger film I Am a Good Person/I Am a Bad Person (2011) and creating accompaniments for works by Toronto based contemporary dancer Ana Groppler.