$10-15 suggested admission, or PWYC at the door or
advance purchase via PayPal.me/ZulaTix 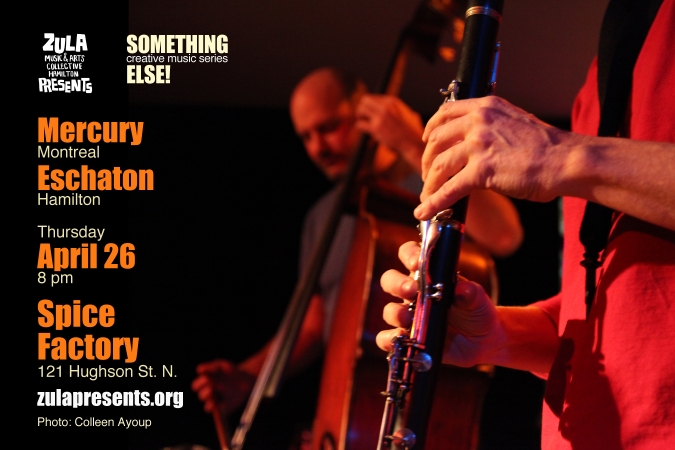 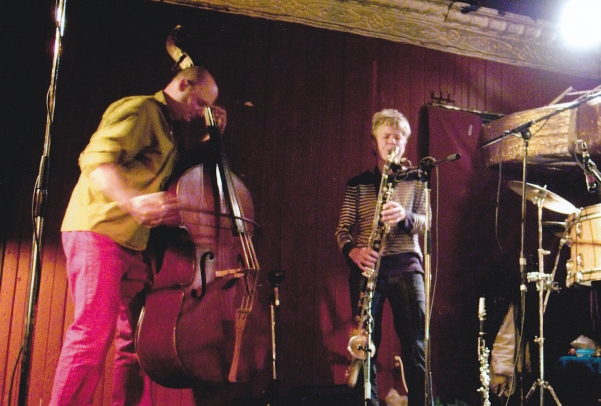 Lori Freedman and Nicolas Caloia have been performing their own music in Quebec, Ontario and New York since 2002. Mercury will present their own compositions and improvisations as well as music written for them by musicians in the “creative player” community. A part of the programme will include one or two works from composers such as Earle Brown, John Cage, Cornelius Cardew, and Christian Wolff, known for their use of open and graphic scores. They believe that they are on the brink of finding a new sound aesthetic: unpredictable, untempered, organic, and irregular, but none-the-less, with cadence, consonance, transparency and silence. The music they seek is dynamic and conversational in structure and has a sensitive, thoughtful quality, rich in polyphonic and gestural interplay. The music can be spontaneously explosive or discretely poised with an unforced cohesiveness. Whether they are pushing the thresholds of their instruments’ capacities by playing in modes of frenetic angularity, or working in “extended” sound worlds and excruciating stillness they are at all times exploring the norms and expectations of musical form. Mercury’s music omits displays of technique and instrumental virtuosity and instead focuses on a virtuosity of listening, curiosity and playfulness.” 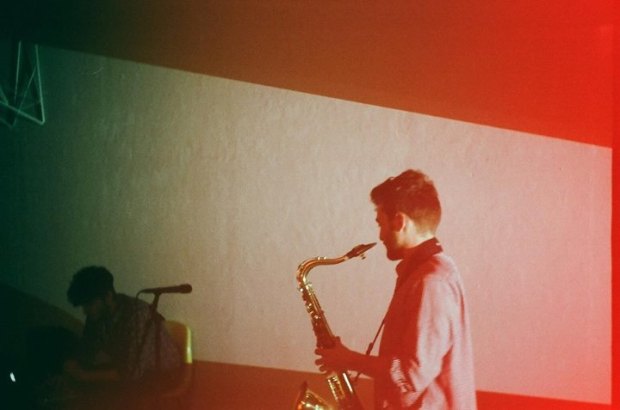 A fearless, soulful noise duo, Hamilton’s finest in sound exploration, made up of improvising multi-instrumentalists… creating thick textural noise with vulnerable horn expressions, narrative soundscapes that breathe, bend and distort. Come, listen to Eschaton as they offer a transformative future for Canadian music!